Visitors 41
151 photos
Our 2017 Chile adventure had several highlights, which started with a guided tour of Valpariso. Our host-guide was a 30+ year veteran of the Chilean Navy, and so it started with a tour of the ships at Valpariso. This may not be of interest to most, but I have included them anyway. The tour then took us up the hill into town where we did several walks through various "colorful"neighborhoods. We had a great lunch at the Naval Officers Club in downtown. We went on another walk up above downtown and the coast and then took one of the several cable trams down the hill, and finished the tour with a stop back at the water where the tour boats dock.
My birthday lunch was at a restaurant where the windows open, and we looked down at the birds and a sealion.
Next are shots at Portillo on the Chilean-Argentina border in the Andes. We had a guide take us on a hike up a little way above the ski resort at"Laguna Del Inca". The lake is at 10,000 feet.
Next are shots in Santiago, starting with the Palacio De LA Moneda, which is basically the Chilean whitehouse. The art musem in the courtyard in front of the palace happend to be displaying Roman sculpture. After lunch, we went to Cerro Santa Lucia, which is on a hill with a great view of Santiago.
The last shots are of several parties and gatherings that show up between a walk along the cost from Con Con to Vina Del Mar, and a couple of other trips to the beach.
© Tim J.Johnson Photography 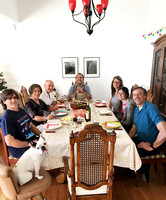 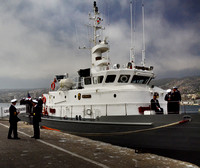 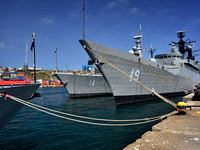 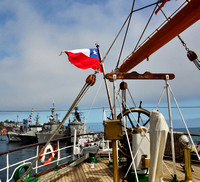 Guestbook for Chile 2017
Larry(non-registered)
What a wonderful collection of photos Tim,thanks for sharing.
The guestbook is empty.
Loading...
Powered by ZENFOLIO User Agreement
Cancel
Continue